A comprehensive guide to buying projectors 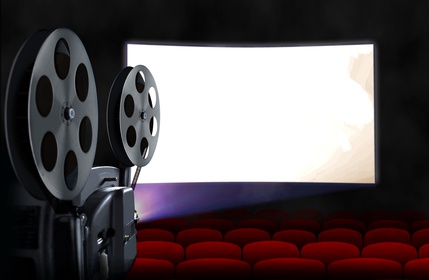 Projectors are used in classrooms, meeting rooms, gaming and often times as a home theater. A projector projects the image on the screen, giving the feel of being right there in the middle of the action.  The image that is projected on the screen, no matter where you are using it should create a great impression on the mind of the audience.

The four kinds of images that are projected are games, video, data or presentations and photographs. Any projector will show all these images, but a given projector will specialize in the display of one kind of image better than the other kinds. Identify what is your need before you put in the money for projector purchase.

The brightness of a projector is measured in Lumens. The price of the projector will be higher for a projector that is brighter as it has higher Lumens.

The lighting in the room will determine the projector brightness. In a dimly lit room like the living room or entertainment room that is used for home theatre viewing, choose a projector with a minimum of 1500 Lumens. In a classroom or conference where the room is very well lit, the right projector will be the one with minimum 2500 Lumens. If the auditorium or lecture hall is large, a projector with much higher Lumens should be used.

The higher the contrast ratio, the clearer, rich and detailed will be the image that is projected. The contrast ratio plays a very important role in projectors that are used in dimmer lighting especially for home theatres.

The wide screen version of XGA is a projector with 1280X 800 pixels that gives a 20% more horizontal resolution and is used in notebooks and smart phones.

WUXGA is a standard resolution now with 1920X1200 pixels that is used for projectors installed at larger venues to display high-definition and bright content.

Last but not the least is the home theatre projector that comes in two resolutions. 1280X720 pixels are the most common format used for movie projection. It is highly economical and matches the HDTV standard. The higher resolution projector is the 1080p that displays a resolution of 1920X1080 pixels which is a standard for HDTV broadcasts and Blu-ray formats.

Two technologies are used in all projectors to offer power-efficient projection that delivers true-to-life images with high brightness for color as well as whites. Majority of projectors use 1-chip DLP or 3-chip 3LCD. The 1-chip DLP technology spins color wheel which produces lower output of color. The 3-chip 3LCD has no color wheel hence there is no trade off between the color and white brightness.

The other two imaging technologies used in projectors are LCOS and laser. DLP projectors and some LCOS based projectors are the cheapest. They display the colors in a sequential order and may result in a rainbow effect.

LCOS projectors are bigger and heavier as compared to DLP or LCD projectors.

Select a wireless-enabled projector to project content from your computer. The projector comes with inbuilt wireless LAN to enable the projection wirelessly.

A wireless-optional projector is also available. You can purchase the wireless LAN separately, which is a plug and play module, to enable the function.

Many connection options are available in many types of projectors. These include UBS, VGA, Component, HDMI and a display port.

How to position the projector

The common throw distances are:

Most of the projectors let you control the alignment of the images using the projector. This includes horizontal and vertical correction, lens shift, screen fit and zoom as well.

Contents from the computer can be delivered to the projector over a network. This is mainly used for meeting or presentation. The projector can be shared with other presenters without changing the cables.

Real time messages can be broadcast and announcements made when connected through a network.

All projectors do not include audio. If you do need sound, make sure there is a built-in audio with good quality sound and volume to fulfill your requirement. You can attach an external sound system, whether at home or office.

Projectors claim to be 3D ready. Identify do you really need to show images in 3D. Beware, by 3D ready it does not mean that the 3D content from the source will work as 3D on this projector when you want to use. Let me explain, a projector may work with a Tis DLP link which requires a quad buffered computer with an open GL-3D graphics card but will not work with a 3D Blu-ray. Make sure that the 3D projector works with the 3D source you are going to use.

The price of the projectors depends upon the brand, the resolution and the luminosity. Make a quick check on why you are buying a projector and then decide what you need to pay for.

Decide whether you will use the projector for data and business purpose, as a home theater, as a video projector or home entertainment. Few projectors are sold as gaming projectors that has both capabilities of high quality of data and video image handling. Most projectors have a hassle-free setup. Identify the right projector from the wide range of sizes, capabilities and technologies available to suit your need and your pocket.